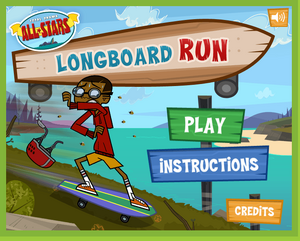 Longboard Run was a Total Drama All-Stars game, produced by Teletoon and developed by Sticky Brain Studios. The game was released on December 21, 2013 and was removed before Total Drama Presents: The Ridonculous Race's debut on Canada's Cartoon Network.

The player must guide Cameron on a skateboard through a series of courses while avoiding obstacles, staying on the board, and gathering collectibles scattered along the tracks.

Cameron Wilkins is hitting the longboard, dude! Help Bubble Boy make it to the finish line as quickly as you can.

There are six different levels that the player must navigate Cameron through. Each level is harder than the previous one and includes more obstacles. There are three different medals that can be earned by the player. One is for completing the round, another is for not letting Cameron fall the entire game, and another is for collecting all of the coins on the track. Other stats factored into one's score include the number of times Cameron falls, the number of loops done while airborne, and the amount of time it takes to cross the finish line.

If Cameron falls, he will stay on the ground for a few seconds before getting back up. The clock will not stall its countdown during this time, so it's crucial that the player avoid it as much as possible. Cameron can fall from landing incorrectly after jumping, running into logs, tires (they will either be rolling or staying in one place), flying birds, mud, and springs. Falls can also happen by leaning too much in one direction while speeding up or slowing down. The player continues the race from the point closest to the finish line that Cameron landed, which can be both an advantage and disadvantage depending on how the track is set up. 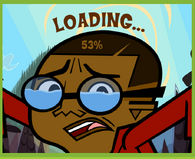 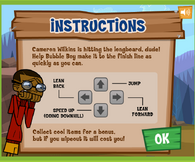 The instructions of the game. 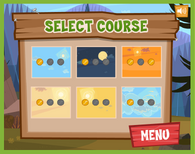 The choices of the courses you can play in.

The player starting off. 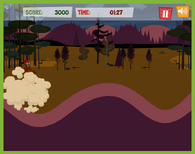 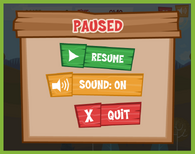 The game while paused. 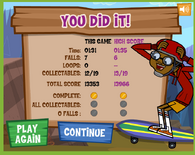 The player wins the game. 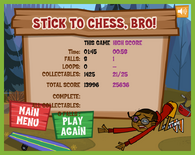 The player loses the game. 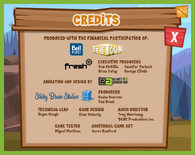 Retrieved from "https://totaldrama.fandom.com/wiki/Longboard_Run?oldid=1549986"
Community content is available under CC-BY-SA unless otherwise noted.