Rodney can be very sweet, caring, and empathetic. Unfortunately, his most useful quality is his large size as opposed to his brain. He tends to mistake simple moves from any female - such as offering him food, touching his hand, or warning him about animal feces on the ground - as acts of love, and immediately falls for them. To his credit, he is determined to be monogamous and is considerate of the girl who loses his affections, but the subject never reciprocates his feelings. In fact, the girl in question usually doesn't even share regular conversations with Rodney. As a result, she is usually dumbfounded when he "breaks up" with her. Rodney is quite poetic while in the confessional; however, in the face of a girl, he becomes nervous and has a terrible habit of stumbling over his words until they do not flow together at all.

Rodney makes his debut in So, Uh This Is My Team?, along with the other contestants. He first notices how smart Scarlett is and comments on it to Shawn, which makes Shawn freak out. When Chris destroys the plane's engine, Rodney is lucky enough to grab a real parachute, rather than fake one, and is placed on the Pimâpotew Kinosewak. He tries to lead his team, but he and Jasmine keep cutting each other off. When Jasmine grabs Rodney and asserts her leadership, he becomes infatuated with her, possibly for her intimidating acts of leadership. Rodney helps his team by using a wheelbarrow to gather wood with Amy and Samey. When Jasmine falls off the roof of their treehouse, Rodney catches her.

Rodney attempts to team up with Jasmine in the obstacle course in I Love You, Grease Pig!, but cannot get his message across properly. Amy is annoyed with this and punches Rodney in the stomach to get him to stop talking. This makes Rodney become infatuated with Amy, and in the confessional, he states that what they have is special and that now he'll have to "break up" with Jasmine. Rodney takes the first leg of the course, walking the pig up a greased log covered in thorn bushes. Even though he constantly slips, he is able to keep his footing, aside from the end where he hits his crotch on the log. After his team wins the challenge, he attempts to break up with Jasmine, but jumbles up his words, leaving her confused.

Rodney thanks Jasmine and Amy for getting the team food in Twinning Isn't Everything, and unintentionally angers Samey, due to Amy taking the credit. He then gets angry at Samey for making Amy "upset," and when Jasmine gives him some berries, he falls in love with her once again. He laments in the confessional about "breaking up" with Amy, but figures that Jasmine is the right one. During the challenge, he follows Sugar, and attempts to hit her with a balloon, but she throws a snake at him and he flees. Later, he is seen walking in the woods trying to figure out what to tell Amy when he goes to break up with her. He then comes across Amy berating Samey and comments on how she has the voice of an angel. Rodney walks over to Samey and tells her to leave so he can have a word with Amy, to which she does. Rodney then attempts to "break up" with Amy, but jumbles up his words once again, leaving Amy bored as she begins to walk away. Shortly after, he is hit by a balloon thrown by Dave. Then he yells that he deserved it and runs away sobbing.

Rodney also falls for Scarlett in I Love You, I Love You Knots and once again for Amy (actually Samey in disguise), giving him three "girlfriends" in total. During the challenge, Rodney constantly finds himself torn between his need to tell the truth and desire not to hurt "Amy", Jasmine, and Scarlett. When the teams are tied, Rodney is chosen to do the tie-breaker challenge. He starts mocking Clucky, seeing as how she can no longer electrocute him for refusing to answer a question. Rodney finds himself unable to open the bag with the other team's remote due to his large fingers. When Ella finds herself unable to electrocute the other team, Clucky gets her revenge on Rodney by repeatedly pressing the button, causing Rodney to collapse. His team loses the challenge, and after he is eliminated, he tries expressing how he really feels towards Scarlett, Jasmine, and "Amy". However, he jumbles up his words as usual before being blasted out of the Cannon of Shame.

In Lies, Cries and One Big Prize, when Sky believes that they get to voluntarily choose their partners, she states that she prefers Rodney as her helper. However, as it turns out, she doesn't get to choose. Shawn also lists Rodney as one of the people who would be a good helper in the challenge.

Rodney begins by telling how if he is chosen, he will be leaving behind a special girl, who he hasn't actually talked to, but feels it was love at first sight. He then begins to list off other girls he'd be leaving behind which seems to be a great number, with the last one in particular being a person who he wasn't sure was a girl or not. He feels they will be worried about him meeting another girl on the show, but figures there is a low chance of that happening. 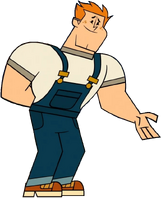 Rodney on the ground. 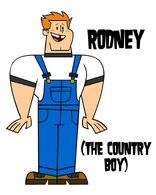 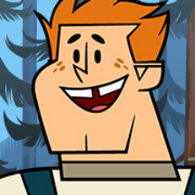 Rodney hands Amy a bouquet of flowers, but she knocks it away, in the opening song.

Rodney gets an actual parachute.

Rodney helping Amy and Samey during the challenge.

Rodney crashes to the ground.

Rodney "breaks up" with Jasmine.

Rodney trying to break up with Amy.

Rodney cannot tell the truth about who he finds the most attractive.

Rodney gets electrocuted for being a liar.

Rodney is chosen for the tie-breaker.

Rodney implores to not be chosen.

Rodney takes the Cannon of Shame.

Rodney's cameo in Lies, Cries and One Big Prize.

Retrieved from "https://totaldrama.fandom.com/wiki/Rodney?oldid=1652432"
Community content is available under CC-BY-SA unless otherwise noted.