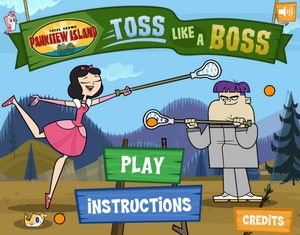 Toss Like A Boss was a Total Drama: Pahkitew Island game, exclusively available on the Teletoon website. The game was released on August 22, 2014 but was removed from the website in 2015.

Use a lacrosse stick to fling balls and other ammunition at opposing characters until they have all been hit or fallen into the mud below.

The player has the option of selecting between Ella and Max to play. When playing as Ella, the opponents are Jasmine, Rodney, Samey, Scarlett, and Topher. When playing as Max, the opponents are Dave, Shawn, Sky, and Sugar. This game has a similar setup to Toxic Targets. The player must aim carefully to toss ammunition at either other characters or the materials they are positioned on until they fall. The player is standing on the same support as the other contestants and must maneuver before taking shots. Additionally, they must avoid falling themselves or automatically lose a level.

Various objects fall on top of the player during the game. Some, such as dynamite and meatballs, can be caught in the lacrosse stick and used to the player's advantage. Others, such as mud, cost the player one of three lives. The player can restart a level or the game as many times as desired without losing progress.

Like Toxic Targets, the game is divided into sections with each taking place in a different setting at a different time of day. 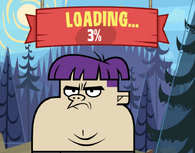 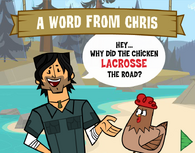 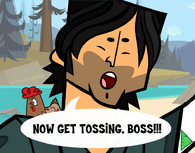 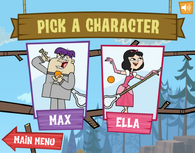 The game on the pick a character screen. 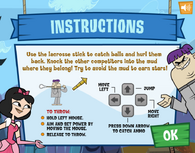 The game on the introduction screen. 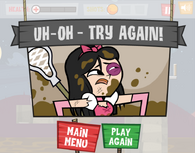 The player loses the game with Ella. 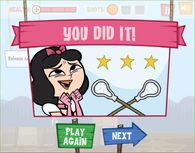 The player completes the challenge with Ella. 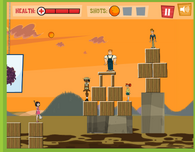 Rodney, Jasmine, Scarlett and Topher make cameos in the game. 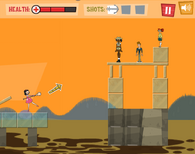 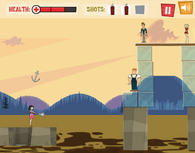 Ella in a catching position. 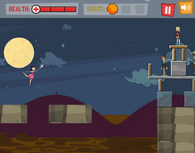 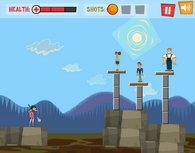 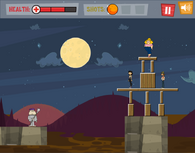 The final three of Pahkitew Island cameo in the game. 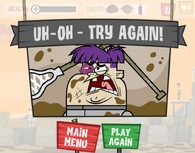 When Max loses the game. 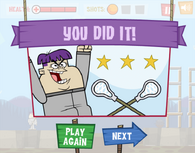 When Max completes the challenge. 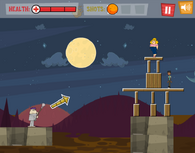 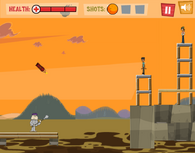 Max in a catching position. 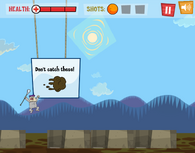 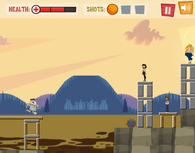 Retrieved from "https://totaldrama.fandom.com/wiki/Toss_Like_A_Boss?oldid=1550022"
Community content is available under CC-BY-SA unless otherwise noted.